Skip to content
All posts may contain affiliate links.

I am so pleased to bring you this complete sewing dictionary. All of the commonly used sewing terms and abbreviations are described and defined here in this list so you’ll always know where to turn if you come across a word or phrase you’ve not heard in your sewing journey before.

There is nothing more frustrating than coming across an instruction in a sewing pattern or project and having no idea what it means. That can stop you right in your tracks. If you are told to ‘drop your feed dogs’ and have no idea what a feed dog looks like, where to find it or how to drop it, well, you’ll be stuck on that step until you can find help.

There are also some differences in terms and meanings depending on where you live. Did you know a muslin is called a toile in the UK? And that basting is also called tacking in British English? Tell a UK sewer to baste and they’ll think you mean to spoon juices over a turkey as it’s cooking! Although with the spread of the internet and digital patterns and sewing blogs becoming popular, it’s likely that sewers both sides of the ‘pond’ will understand all of these sewing terms today and use them interchangably.

Come across a sewing term that’s not included in this list? Please leave a comment at the bottom. Bonus points if you also include a definition as well!

This article has been converted to a print-friendly PDF file to make downloading, saving and printing it easy. Any videos in the article still work. It’s available for optional purchase for your convenience.

All posts may contain affiliate links. A magnetic snap is one of the most commonly used pieces of purse hardware and is usually used as a closure at the top of a bag, purse or tote, or to secure a fold-over flap to the front of the bag. The magnetic snap or sometimes called magnetic button closure is my favorite type of bag hardware because they are affordable, easy to find, and easy to install….

All posts may contain affiliate links. Have you ever seen a sewing pattern you love and then check out the sizing and realise it’s just not quite right for you? Seen a tote bag that’s not big enough or a clutch bag that’s larger than you would like? But resizing the pattern is just too difficult, too much hard work or you just don’t know where to start? Well, you might be surprised to know…

All posts may contain affiliate links. Sewing practice sheets, printable sewing sheets for beginners to practice stitching and sewing. No thread required, sew on your machine to punch holes in the paper! These printable sewing practice sheets have been designed with the total beginner in mind. I don’t know about you, but I remember when I first started out sewing, I found it difficult to even sew a straight line. I thought I was doing…

All posts may contain affiliate links. The invisible ladder stitch is an essential hand sewing stitch to learn for bag makers. This is a simple stitch to learn and master once you’ve practised it a few times, and you can get into an easy rhythm with it. This hand sewing stitch is perfect for closing the gap left in the bottom of your lining or pocket without it even being visible when you’ve finished –…

All posts may contain affiliate links. Your sewing needle might not be something you’ve given much thought to, but it’s a critical part of your sewing machine and if the needle is blunt, damaged, installed wrongly, threaded wrongly, or the wrong size for your project then you simply won’t get good results when you sew. Many new sewers will just continue on sewing until their needle breaks and it’s only then that a new one…

All posts may contain affiliate links. Learning how to sew darts in fabric is an essential sewing skill no matter whether you want to sew clothing or bags. Darts are much more commonly sewn in clothing to mould the fabric to the curves of the body, but darts can also be very useful in bag-making, to turn flat cloth into a shape with volume to give space inside your bag. In this article I’ll share… 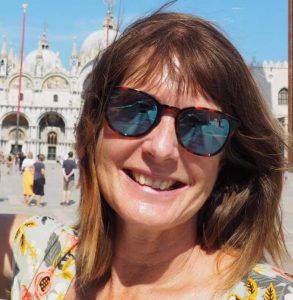 Hi, I’m Deby and I’m delighted to see you here. Sew Simple Bags is all about having fun while learning to sew. I use simple bag sewing patterns as the basis for my project-based classes and sewalong videos. The blog is packed full of tips and techniques to make your projects better than ever. Explore around, there’s lots to see here! 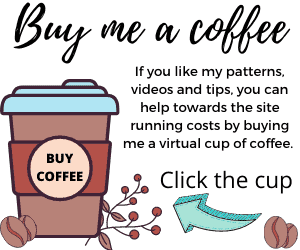